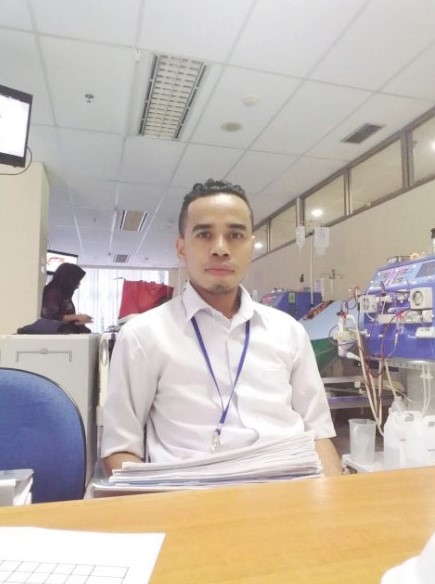 Hemodialysis (blood Cleaning) is a process of removing toxic substances and other substances from the body of kidney failure patients with the help of the hemodialysis process normally secreted by the kidneys through urine.

To remove the toxins and substances not needed by the kidney failure patients we should have a vascular access - the exit and entry of blood from the body to the artificial kidney and hemodialysis machine. The washed blood is returned to the patient's body.

The vascular Access enables blood to continuously flow into the machine during the hemodialysis process.

Vascular access was made by vascular surgeon. Connecting arteries and veins causes the large amount of blood flow continuously into the machine during the hemodialysis process. This does not happen in normal blood vessels since blood vessels will directly collapse when blood is taken by the machine.

There are three types of long term vascular access for Hemodialysis treatment: 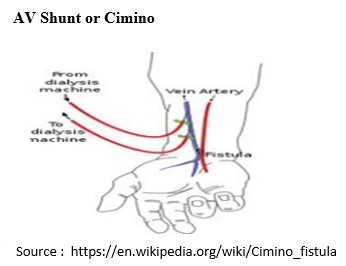 It was first performed in 1966, by the Brescia Cimino and Appel by connecting the artery blood vessels and the vein blood vessels through the hole made by surgery. The connection between veins and arteries was made under the skin of the patient.

Connecting artery and vein is to improve the patient's blood flow, so that the flow can be used to take the blood during the hemodialysis treatment. The Increased blood flow and pressure in the veins will gradually enlarge and thicken the walls of the veins. It is called artery made vein walls.

Permanent vascular access is made by connecting arteries and veins with the extra blood vessels. made of synthetic tube. This tube is implanted. The synthetic tube can be made from polytetrafluoroethylene or biologic bovine graph (heterography), autographs or homograph. AV graft is used if fistula is no longer available.

There are two types of implanting the AV Graft :

Shunt Scribner is made by placing the silastic tube with the right tip into the radialis artery and cephalic vein in the arm wrist or into tibialis-posterior artery dan saphenous vein in the anklet   Should the shunt be used, the silastic tube is directly connected with the blood tube and hemodialysis machine.  If it is not used, the tube is connected with the Teflon connector. Now AV Shunt Scribner is rarely used since it is fragile and can cause clotting and bleeding.

There are two types of Catheter Double Lumen (CDL) :

This temporary catheter is used only until the permanent access is formed. This catheter has a single tip with two lumen without cuff and is directly inserted into the patient’s kava vein. One lumen called arterial lumen is connected with arterial blood line ( red sign) and the other lumen called venous lumen is connected with venous blood line ( blue sign)

This long term catheter has a single tip with two lumen with cuff. This catheter is inserted into vein with different exit site. Tunnel is part of the catheter implanted under the patient’s skin.